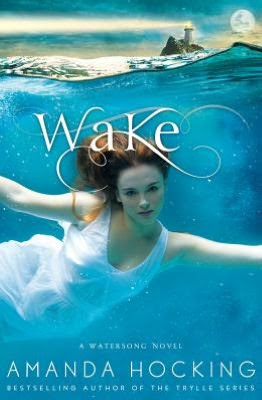 Gorgeous. Fearless. Dangerous. They’re the kind of girls you envy; the kind of girls you want to hate. Strangers in town for the summer, Penn, Lexi and Thea have caught everyone’s attention – but it’s Gemma who’s attracted theirs. She’s the one they’ve chosen to be part of their group.
Gemma seems to have it all – she’s carefree, pretty, and falling in love with Alex, the boy next door. He’s always been just a friend, but this summer they’ve taken their relationship to the next level.
Then one night, Gemma’s ordinary life changes forever. Penn, Lexi, and Thea invite her to party with them at the cove, and the next morning she wakes up on the beach feeling groggy and sick, knowing something is different.
Suddenly Gemma is stronger, faster, and more beautiful than ever. But her new powers come with a terrifying price. And as she uncovers the truth, she’s is forced to choose between staying with those she loves – or entering a new world brimming with dark hungers and unimaginable secrets.

First Sentence: The engine made a bizarre chugging sound, like a dying robot llama, followed by an ominous click-click.

First thought as soon as I finished the book: Yay! Thank goodness, I’m finally done! The torture is over!

Sadly, yes, Wake was that bad.

I loved Amanda Hocking’s Trylle trilogy, although I wasn’t completely satisfied with the last two books in that series. However, Wake is completely different. It lacks the writing, the plot, and the flow that the Trylle trilogy has. In fact, Wake is so different that I’m thinking that maybe it’s a lie that Amanda Hocking wrote it, maybe it’s someone else pretending to be her…

Let me start with the cover. Online, it looks gorgeous. However, when you have the actual book in your hands, it’s downright…different. First of all, the cover is shiny. Yes, shiny. If you reflect it in the light, you can see the rainbow-colored shine appear on the book. It’s downright annoying. The girl on the cover also looks weird.

Wake is told from the third person point of view from two characters: Harper and Gemma. While other authors can easily pull this off, Amanda Hocking makes it sound downright awkward. It just doesn’t flow. Harper and Gemma is simply stating stuff, not showing the readers (sort of a show, don’t tell thing) and that strongly stands out in the writing, and not in a good way.

All the characters also endlessly annoy me to no end, with the exception of Daniel. Harper was too overprotective, although I understand why after whats she’s been through. I have a younger sister and I always watch over her, but I don’t obsess over her that I have to know every single detail of her life like Harper does. No, I let her live out her life, as long as she’s responsible. Gemma, on the other hand, is just plain selfish. I wanted to throttle her until she realizes what she’s put her family through. Can’t she stop being so selfish and not swim in the bay at night? I know she loves it, but try to compromise. Go five times a week or just don’t come back home that late. Is that so hard to do? But no, according to Gemma, everything is about Gemma, Gemma, Gemma. And let’s not get me started about Alex. He’s basically the stereotypical geek-gone-hottie crush, nothing special.

Wake never really starts until two-thirds of the book. The first two-thirds was pretty much introduction chapters describing Harper and Gemma’s lifestyle, relationship problems, and the three girls that suddenly appeared. It’s not until two-thirds of the book that the real action starts, but by then, it was already far too late. All I wanted to do was finish reading Wake so I could rant on and on about how it made me suffer in boredom when I could have been busy reading other great books.

I’m happy that I never brought Wake since I was so tempted to. It was everywhere in Barnes & Noble and Amanda Hocking was one of my most anticipated authors. Thank goodness I decided to read the book first, then decide whether or not to buy it. If I brought it, I would have never forgave myself for wasting my money like that.

I’ll check out the sequel, just because of the breathtaking cover. Hopefully the cover doesn’t have the annoying shiny problem that Wake does. If Lullaby is as bad as Wake, then I might as well just drop the series although it pains me to do so.