This week, I can’t wait for two books and both books comes out this month! 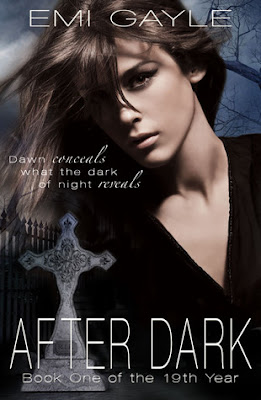 What eighteen year old Mac Thorne doesn’t know will probably kill her.
In exactly eight months, five days, three hours and thirteen minutes, Mac has to choose what she’ll be for the rest of her life.
She has no choice but to pick. As a Changeling, it’s her birthright. To Mac, it’s a birthchore. Like going to school with humans, interacting with humans, and pretending to be human during the pesky daylight hours.
Once darkness descends, Mac can change into any supernatural form that exists—which makes her as happy as she can be. That is, until Winn Thomas, the biggest geek in her senior class figures out there’s more to what hides in the dark than most are willing to acknowledge.
In this first of the 19th Year Trilogy, Winn might know more about Mac than even she does, and that knowledge could end their lives, unless Mac ensures the powers-that-be have no choice but to keep him around.

After Dark‘s breathtaking gothic cover is also something to look forward to. The girl on the cover is gorgeous and looks far from being dangerous. Hey, what’s that cemetery also doing there? I can’t wait until this gothic book is in my greedy little hands. 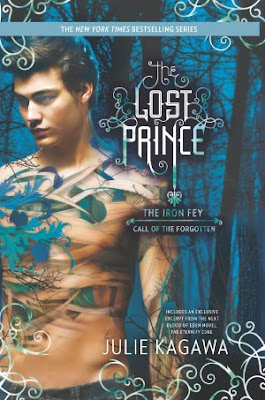 Don’t look at Them.
Never let Them know you can see Them.That is Ethan Chase’s unbreakable rule. Until the fey he avoids at all costs — including his reputation — begin to disappear, and Ethan is attacked. Now he must change the rules to protect his family. To save a girl he never thought he’d dare to fall for.
Ethan thought he had protected himself from his older sister’s world — the land of Faery. His previous time in the Iron Realm left him with nothing but fear and disgust for the world Meghan Chase has made her home, a land of myth and talking cats, of magic and seductive enemies. But when destiny comes for Ethan, there is no escape from a danger long, long forgotten.

After I read Julie Kagawa’s The Immortal Rules, I immediately became a one-hundred percent devoted fan of hers. Julie Kagawa sure knows how to engage a reader and write! In fact, I brought the entire Iron Fey series without reading any of them because I trust that it’ll be good.

Yes, I know, I should really read the Iron Fey series before I get to Ethan’s spin-off series, but I just can’t help it. Just look at that gorgeous cover! Who knew Ethan was that (I’ll refrain from saying hot here) handsome? There’s one thing I know for sure: I’ll definitely be on line at the checkout section of Barnes & Noble the day this book is released.

Well enough about the books that I’m excited for, what books are you looking forward to?