This week, I can’t wait for the sequel of a book that left me astonished, gaping, and totally breathless. 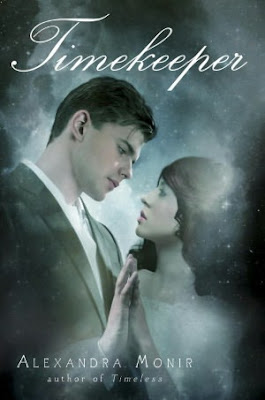 I read Timeless about eight months ago and I still haven’t gotten how amazing the book is. Who would have thought a simple time-traveling book can totally blow your mind? If you haven’t read Timeless yet, seriously, what are you waiting for?

However, the synopsis of Timekeeper reminds me of the ending of The Treachery of Beautiful Things by Ruth Frances Long where Jack “dies”, turns into a human and enrolls into Jenny’s school, Jenny finds out he forgot her, and he then remembered her. Hopeful Alexandra Monir can find a more creative way to solve Michele’s dilemma.

On a sad note, Timekeeper was delayed a month; it was supposed to come out this year near Christmas. There better not be any more delays! ):