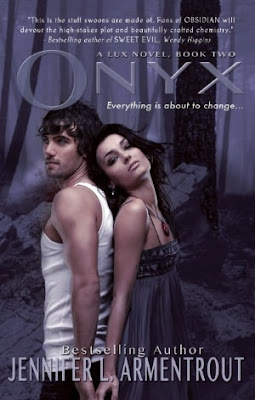 Being connected to Daemon Black sucks…
Thanks to his alien mojo, Daemon’s determined to prove what he feels for me is more than a product of our bizarro connection. So I’ve sworn him off, even though he’s running more hot than cold these days. But we’ve got bigger problems.
Something worse than the Arum has come to town…
The Department of Defense are here. If they ever find out what Daemon can do and that we’re linked, I’m a goner. So is he. And there’s this new boy in school who’s got a secret of his own. He knows what’s happened to me and he can help, but to do so, I have to lie to Daemon and stay away from him. Like that’s possible. Against all common sense, I’m falling for Daemon. Hard.
But then everything changes…
I’ve seen someone who shouldn’t be alive. And I have to tell Daemon, even though I know he’s never going to stop searching until he gets the truth. What happened to his brother? Who betrayed him? And what does the DOD want from them – from me?
No one is who they seem. And not everyone will survive the lies…

First Sentence: Ten seconds passed between when Daemon Black took his seat and when he poked me under my shoulder blade with his trusty pen.

First thing you guys should I know: I almost didn’t write this review. Onyx just angered me that much.

Hate is not a strong enough word to describe how I feel about the ending. Loathe isn’t enough either. Nor does despise work. I feel like I got ripped off from a real ending. How come when the heroine makes a drastic mistake that takes several lives away that effects everyone else’s lives, the hero’s too, everything is forgiven just because the heroine and hero finally got together? Be realistic. If I was Daemon, I would particularly avoid Katy forever after what she caused, especially after I warned her again and again to not do it (it being the word I used to describe the event to avoid spoiling the book).

Not to mention, the whole mess wouldn’t have happened in the first place if the heroine, Katy in this case, had bothered to admit her feelings to the hero (Daemon) the first place. Everything could have easily been prevented then. Instead, Katy has this insecure what if he doesn’t really like me? sign stamped onto her back.

Also, what on Earth happened to Dee? In Obsidian, Katy makes it look like they’re best friends forever and challenges Daemon all the time just to stay friends with Dee. In Onyx, Dee is particularly non-existent except for that cheap ending and her making out with her boyfriend. Everything according to Katy is about Daemon, Daemon, Daemon. She only cares about Dee once she ruins Dee’s life.

I dunno. Maybe I’m just too harsh on Onyx (although I don’t really think so after reading that ending). All I know is I mildly enjoyed Obsidian (read the entire book in a day) and strongly disliked reading Onyx (took longer than a week to finish it – and I skimmed) and wish I can get a refund back for both books. All I know is Opal better have a higher rating than Onyx on goodreads or I’m not touching it.

« Book Review: Death and the Girl Next Door – Darynda Jones
Stacking the Shelves [5] »