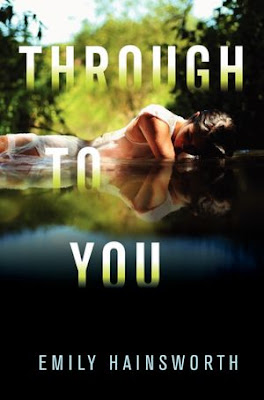 Camden Pike has been grief-stricken since his girlfriend, Viv, died. Viv was the last good thing in his life: helping him rebuild his identity after a career-ending football injury, picking up the pieces when his home life shattered, and healing his pain long after the meds wore off. And now, he’d give anything for one more glimpse of her. But when Cam makes a visit to the site of Viv’s deadly car accident, he sees some kind of apparition. And it isn’t Viv.
The apparition’s name is Nina, and she’s not a ghost. She’s a girl from a parallel world, and in this world, Viv is still alive. Cam can’t believe his wildest dreams have come true. All he can focus on is getting his girlfriend back, no matter the cost. But things are different in this other world. Viv and Cam have both made very different choices, things between them have changed in unexpected ways, and Viv isn’t the same girl he remembers. Nina is keeping some dangerous secrets, too, and the window between worlds is shrinking every day. As Cam comes to terms with who this Viv has become and the part Nina played in his parallel story, he’s forced to choose – stay with Viv or let her go – before the window closes between them once and for all.

First Sentence: It’s the same dream I’ve been having for the past two months – Viv walking away from glass and fire, her laughter echoing through the night.

Before reading Through to You, I was very skeptical about the book. Could Emily Hainsworth pull off writing about a teenage guy, a jock to be specific, mourning for his dead girlfriend without it being too stereotyped, whiny, or just plain boring? To my surprise she managed to do it perfectly.

I didn’t have a problem with Cam’s character at all. He was what any person after an awful accident would be like: feeling guilty, angry, and depressed. However, nothing about Cam was really memorable. Nothing he does is significant. Despite all that, I was rooting for Cam to have a happy ending.

Nina’s role in Cam’s life was a pleasant surprise. If I was her, I would have ran away from Cam a long time ago with the way he treated her. However, Nina never gave up and stubbornly helped open Cam’s eyes. It’s sad that Nina has so much pressure on her. If only she’ll have her own happy ending.

And Viv. You can’t forget her. Man, that girl is dangerous! I still couldn’t believe some of the things she did. I want to say I felt sorry for her, but the truth is, I think she deserved what she got. I’m obsessed with Criminal Minds and I know for a fact that Viv will end up as a serial killer, if she’s not one already.

The only problem I had with Through to You was the book summary. How does that make sense? Well, the book summary alone contains a ton of spoilers. That left little to the imagination when reading the actual book. It also took Cam a long time to figure things out, while us, the readers, know exactly what was going on because the book summary told us so.

The ending of Through to You was amazing. I didn’t dare to hope that things could somehow all work out in the end, but Emily Hainsworth managed to write the perfect ending without making things seem over the top and unrealistic. The next book Emily Hainsworth writes, I’m definitely going to check it out asap.