This week, I can’t wait for a sequel coming out in April. It is my favorite young adult suspense, mystery, and horror book combined with the perfect mixture of murders and blood. Yes, it’s gory. 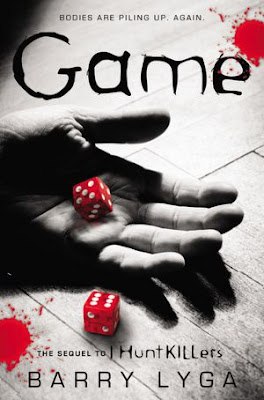 Billy grinned. “Oh, New York,” he whispered. “We’re gonna have so much fun.”
I Hunt Killers introduced the world to Jazz, the son of history’s most infamous serial killer, Billy Dent.
In an effort to prove murder didn’t run in the family, Jazz teamed with the police in the small town of Lobo’s Nod to solve a deadly case. And now, when a determined New York City detective comes knocking on Jazz’s door asking for help, he can’t say no. The Hat-Dog Killer has the Big Apple – and its police force – running scared. So Jazz and his girlfriend, Connie, hop on a plane to the big city and get swept up in a killer’s murderous game.

Those of you who really know me will know that I am a huge fan of Criminal Minds for its mystery, blood, gore, and let’s not forget those evil minds. I’ve never read a book that was better than any Criminal Minds episode at all, until about a year ago.

I Hunt Killers is the best young adult mystery, suspense, horror, and thriller book I’ve ever read that contained the perfect mix of murders and gore. It had me guessing so much – in fact, it had me wondering if our narrator himself can be the murderer constantly. Nothing is ever sure when you read I Hunt Killers.

Jazz, son of one of the most famous serial killers ever – Billy Dent – is on a mission to prove to the world that he is not like his father even though he knows all the different ways to kill and torture any human being alive on the back of his hand taught by his father dearest. This time in Game, it happens that Jazz is in New York, probably dealing with his own father (from the quote in the summary)? Ugh, the suspense!

I can’t wait until Game comes out. I’m going to snatch it and then devour it without mercy like one of those Criminal Minds episodes.