Jamie @ The Perpetual Page Turner is hosting an 2012 End of Year Book Survey and this is the first time I’m joining!

I’ve been on a long, long, long reading break (last read books freshmen year in high school) and started picking up books again near the beginning of this year, which is why you’ll see some really long-ago published books on this survey.

1. Best Book You Read In 2012? (You can break it down by genre if you want)
Adult Fiction: (I don’t know what really counts as “adult” books, so if I’m wrong, please correct me.) Moonlight in the Morning by Jude Deveraux, It Happened One Autumn by Lisa Kleypas, Tempt Me At Twilight by Lisa Kleypas
Contemporary YA: The Fault in Our Stars by John Green, Anna and the French Kiss by Stephanie Perkins
Dystopian YA: Enclave by Ann Aguirre, The Hunger Games by Suzanne Collins Sci-Fic/Supernatural/Paranormal-ish: The Night Huntress series by Jeaniene Frost
Fantasy: Hex Hall series by Rachel Hawkins

2. Book you were excited about & thought you were going to love more but didn’t?
OMG there are tons of books that I can use to answer this question with. Forbidden by Tabitha Suzuma, The Unbecoming of Mara Dyer by Michelle Hodkin, Nightshade by Andrea Cremer, and Incarnate by Jodi Meadows are some.

3. Most surprising (in a good way!) book of 2012?
No doubt about it, Inbetween by Tara Fuller is my answer. I wasn’t expecting to like reading Inbetween at all, but to my surprise, I loved it. Inbetween is the first and only book that made me adorable the tortured hero.

8. Most thrilling, unputdownable book in 2012?
I can’t even choose one book for this question. All books that managed to keep me thrilled and reckless deserve to be on this list, don’t you think? Enclave by Ann Aguirre, The Hunger Games by Suzanne Collins, Divergent by Veronica Roth, Once Burned by Jeaniene Frost, and I Hunt Killers by Barry Lyga are all books that constantly kept me on edge, made me gape in horror, and made me want to bang my head against the wall.

10. Favorite cover of a book you read in 2012?
There are so many covers to choose from, but I managed to narrow it down to two books: 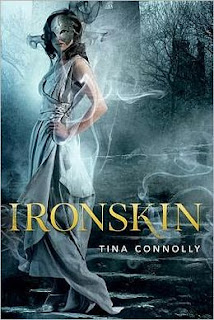 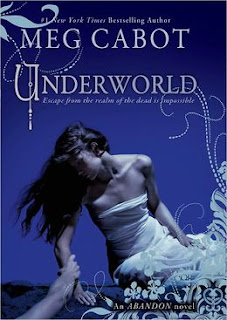 12. Most beautifully written book read in 2012?
Ellen Hopkin’s Perfect. It was a book that never made me roll my eyes once at all the drama going on. She also managed to sum up everything nicely, wrapped up with a little bow on top. The verses she wrote is so beautiful too.

13. Book that had the greatest impact on you in 2012?
My Life Next Door by Huntley Fitzpatrick – I still wonder, if I have to choose between the boy I love or my family, who would I choose? It’s been more than five months since I’ve read My Life Next Door and I still don’t have an answer.

14. Book you can’t believe you waited UNTIL 2012 to finally read?
The Night Huntress series, no doubt. So much action, romance, and fun.

15. Favorite Passage/Quote From A Book You Read In 2012?
“Wishful thinking pretty much always comes back to slap you in the face.”
– Perfect by Ellen Hopkins.

17. Book that had a scene in it that had you reeling and dying to talk to somebody about it? (a WTF moment, an epic revelation, a steamy kiss, etc. etc.) Be careful of spoilers!
There is absolutely no doubt I’ll choose Death Angel by Linda Howard for this question. If you want to know why, check out my review for the book.

18. Favorite relationship from a book you read in 2012 (be it romantic, friendship, etc).
There are two book relationships I absolutely love: Cat & Bones from the Night Huntress series and Anna & Etienne from Anna and the French Kiss by Stephanie Perkins.

19. Favorite book you read in 2012 from an author you read previously
Identical by Ellen Hopkins, whose book I’ve read in eighth grade, is one of my top favorites due to it’s creepiness factor. The ending will shock and terrify you, making you wonder how you could have not suspected it before.

20. Best Book You Read That You Read Based SOLELY On A Recommendation From Somebody Else:
Books written by Julie Kagawa, or more specifically, The Lost Prince.

1. One book you didn’t get to in 2012 but will be your number 1 priority in 2013?
Pandemonium by Lauren Oliver is definitely my number one priority I have to read in 2013. I read Delirium a long time ago, but could never bring myself to read Pandemonium too even though I have it right now in my pile of books.

2. Book you are most anticipating for 2013?
The survey just has to torture me with this question because there are so many books I’m anticipating for in 2013. Fine, my top pick would be Twice Tempted by Jeaniene Frost. I have to know what happens to Vlad and Leila’s relationship. Gimme the book now!

3. One Thing You Hope To Accomplish Or Do In Your Reading/Blogging In 2013?
I hope to post a lot more reviews since winter break is almost here -squeals-. That means a month to catch up on all my to-read list!