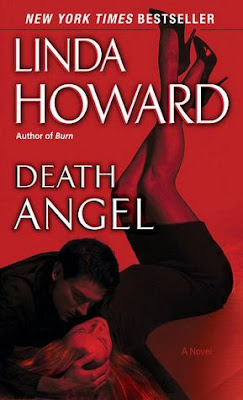 A striking beauty with a taste for diamonds and dangerous men, Drea Rousseau is more than content to be arm candy for Rafael Salinas, a notorious crime lord who deals with betrayal through quick and treacherous means: a bullet to the back of the head, a blade across the neck, an incendiary device beneath a car. Eager to break with Rafael, Drea makes a fateful decision and a desperate move, stealing a mountain of cash from the malicious killer. After all, an escape needs to be financed.
Though Drea runs, Salinas knows she can’t hide – and he dispatches a cold-blooded assassin in hot pursuit, resulting in a tragic turn of events. Or does it?
Left for dead, Drea miraculously returns to the realm of the living a changed woman. She’s no longer shallow and selfish, no longer steals or cheats or sells herself short. Both humbled and thrilled with this unexpected second chance, Drea embraces her new life. But in order to feel safe and sound–and stop nervously looking over her shoulder–she will need to take down those who marked her for death.
Joining forces with the FBI, supplying vital inside information that only she can provide, Drea finds herself working with the most dangerous man she’s ever known. Yet the closer they get to danger, the more intense their feelings for each other become, and the more Drea realizes that the cost of her new life may be her life itself – as well as her heart.

First Sentence: “You did an excellent job,” Rafael Salinas purred to the assassin, who stood on the other side of the room, near the door.

Before I go on, let me clear some things up – a majority of Death Angel is not about Drea and Rafael. Rafael only really appears in the first one-third of the book and that’s it.

The FBI part in the summary is also about two chapters, or maybe even less. I don’t know why the summary made it seem that the FBI plays a huge role in the book when they don’t.

Okay, so back to that first fifteen pages. Linda Howard caught me completely off-guard; in fact, I had absolutely no clue how the book would go after that first fifteen pages. Is that mysterious man going to kill Drea or will something develop between them? (I was secretly hoping something would develop between them because I wanted to see how that would turn out with the guy’s ego.) Why does that guy never get mentioned in the summary? What on Earth was going to happen?!

However, Death Angel slowly goes downhill from there. We learn about things Drea does to hide from Rafael in such lengths that I become easily bored. Nothing really happens; in fact, I can pretty much summarize the rest of the book in a single sentence. Maybe two.

I also didn’t really enjoy the romance, with the exception of the brilliant first chapter of course. I didn’t really feel that Drea and him (I’m using “him” to avoid giving out spoilers) really connected that deeply except for that first chapter. When she told him that she loves him, I was shocked, especially since she can somehow see his deepest insecurities after really knowing him for a day. It’ll be a lot better if Linda Howard decided to make things between them even slower.

Although I really hate giving this book a three-point-five rating instead of a four rating, I have to do it. Sadly, the first half of the book is the only redeeming quality of Death Angel.