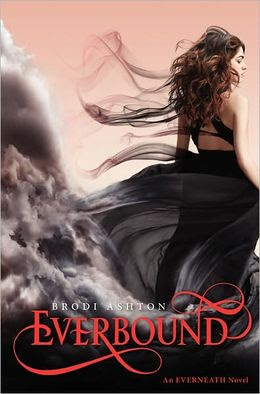 Nikki Beckett could only watch as her boyfriend, Jack, sacrificed himself to save her, taking her place in the Tunnels of the Everneath for eternity — a debt that should’ve been hers. Now she is living a borrowed life, and she doesn’t know what to do with the guilt. And every night Jack appears in her dreams, lost and confused and wasting away. No matter how she tries to reach for his hand, she can never find it.
Desperate for answers, Nikki turns to Cole, the immortal bad boy who wants to make her his queen — and the one person least likely to help. But his heart has been touched by everything about Nikki, and he agrees to assist her in the only way he can: by taking her to the Everneath himself.
Nikki and Cole, along with Cole’s bandmate Max, descend into the Everneath, only to discover that their journey will be more difficult than they’d anticipated — and more deadly. From a Lake of Blood and Guilt to Sirens’ alluring tricks to insurmountable walls of rock and flame, the trio is given every reason to turn back and give up. But Nikki vows to stop at nothing to save Jack — even if it means making an incredible sacrifice of her own.
In this enthralling sequel to Everneath, Brodi Ashton tests the bonds of destiny and explores the lengths we’ll go to for the ones we love.

Everneath is my most favorite book read and released in 2012 and I absolutely couldn’t wait until Everbound came out. Sadly, I never managed to get an ARC of Everbound and I thought I’ll get my own copy of Everbound on January 22 – it’s release date – until I saw a copy sitting there in Strandbooks, new condition, for $9.00 (that’s half price off!), three weeks before its release date. You should have seen me squealing in excitement and quickly snagging the book off the shelves before anyone else could get it.

But enough about that. Everbound was exactly how I remembered Everneath to be: sad, but exciting; adventurous, yet dangerous. Before I started Everbound, I was worried that I wouldn’t get into it because I read Everneath near the date when it was first released (which is about a year ago). I was planning to re-read Everneath a week before Everbound‘s release date to be prepared for it, but I wasn’t expecting to get a finished copy of Everbound so early (not that I’m complaining). I didn’t have to worry, Brodi Ashton managed to give mini-recaps of the events that happened in Everneath without any info-dumping. It was all natural and fits in and goes with the flow.

The world of the Everneath wasn’t what I was expecting at all. I was expecting something a bit more like Hade’s version of the Underworld (it is a retelling of Persephone after all) with hell and fire and all that, but for the Everneath to be an entirely new world that just works with cheesy names and elements is amazing.

What I loved about Everneath was how Brodi Ashton managed to weave memories of Jack into the book so naturally. She does the same in Everbound (although not as much), and every time I get to a part where Nikki is reminiscing about her moments with Jack, I couldn’t help but feel a huge smile grow on my face. However, we don’t really see a lot of Jack in Everbound, but more Cole.

Cole is a really conflicting character to me. In Everneath, I was strictly on Jack’s side. However, Everbound shows depths of Cole’s character that we never knew before. Let’s just say I’m on team whoever-makes-Nikki-happy now.

As a side note, I’m sure people who were not really fans of Everneath due to the lack of action will really enjoy reading Everbound. There’s tons of more action and less flashbacks.

Since I got a chance to read my most anticipated 2013 book a lot more early than expected, I decided to host a giveaway allowing you guys to win a copy of Everbound or your most anticipated 2013 book as long as it’s under $21. The only condition I have is that the book must be released in 2013. This giveaway is international as long as The Book Depository delivers to you. Below are some suggestions you can choose.

Use the Rafflecopter below to enter: