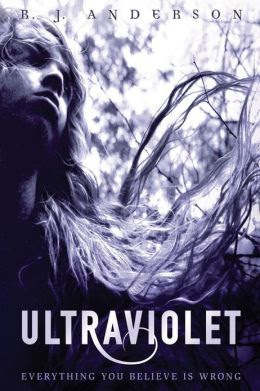 Once upon a time there was a girl who was special.
This is not her story.
Unless you count the part where I killed her.
Sixteen-year-old Alison wakes up in a mental institute. As she pieces her memory back together, she realizes she’s confessed to murdering Tori Beaugrand, the most perfect and popular girl at school. But the case is a mystery. Tori’s body has been not been found, and Alison can’t explain what happened. One minute she was fighting with Tori. The next moment Tori disintegrated – into nothing.
But that’s impossible. No one is capable of making someone vanish. Right? Alison must be losing her mind – like her mother always feared she would.
For years Alison has tried to keep her weird sensory abilities a secret. No one ever understood – until a mysterious visiting scientist takes an interest in Alison’s case. Suddenly, Alison discovers that the world is wrong about her – and that she’s capable of far more than anyone else would believe.

First Sentence: Once upon a time there was a girl who was special.

I had absolutely no clue that I was reading a book that deals with synesthesia when I first started Ultraviolet. However, as I read on, I grew more interested, especially when I learned what synesthesia was and how it made Alison see things normal people didn’t see. In fact, when she first mentioned a symptom of synesthesia (please keep in mind that we both had no clue she had synesthesia or what synesthesia even is at that time), I thought that she was seeing things that you’ll normally see in cartoon shows. (One symptom was first mentioned when Alison’s mother clanged some spoons together and Alison saw stars. That sounded like something that would happen in a cartoon show to me.)

I’m conflicted about my feelings for Alison’s mother. I understand why she did the things she did after she explained her side of the story, but still. I hurt for Alison, especially after the way her mother treated her in the mental institution. To picture your own mother being genuinely afraid of you is the worse situation ever.

Several things caught me by surprise in Ultraviolet ranging from the Kirk situation (I was so not expecting that) to the Dr. Faraday situation. I was like what? I never pictured that happening!

I don’t know whether I want to yell at R.J. Anderson for giving Alison a not so-complete happy ending or applaud her for doing what other authors are afraid of doing: giving readers a not completely happy ending. The “I’m sure I’ll see him again” part killed me. When?! How?! Why?! When will I get some answers?!

I will definitely read the sequel, Quicksilver, which comes out next year in May to find out what happens to Tori. Such a long wait.