This week, I can’t wait for a highly anticipated sequel coming out in January. 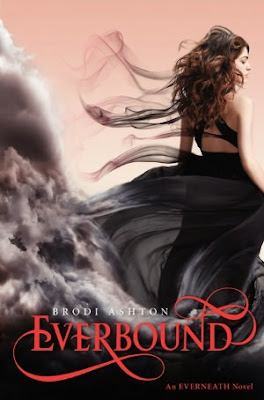 Nikki Beckett could only watch as her boyfriend, Jack, sacrificed himself to save her, taking her place in the Tunnels of the Everneath for eternity — a debt that should’ve been hers. She’s living a borrowed life, and she doesn’t know what to do with the guilt. And every night Jack appears in her dreams, lost and confused and wasting away.
Desperate for answers, Nikki turns to Cole, the immortal bad boy who wants to make her his queen — and the one person least likely to help. But his heart has been touched by everything about Nikki, and he agrees to assist her in the only way he can: by taking her to the Everneath himself.
Nikki and Cole descend into the Everneath, only to discover that their journey will be more difficult than they’d anticipated — and more deadly. But Nikki vows to stop at nothing to save Jack — even if it means making an incredible sacrifice of her own.
In this enthralling sequel to Everneath, Brodi Ashton tests the bonds of destiny and explores the lengths we’ll go to for the ones we love.

With that earth-shattering ending in Everneath, I was looking forward to reading Everbound as soon as possible. What happened to Jack? Will he survive?! (He better have had survived!) Will Nikki start feeling for Cole? (Hopefully the answer would be no.) How is Nikki’s best friend doing?

I’ve read Cuddlebuggery’s review on Everbound and she said that Everbound had another earth-shattering cliffhanger like Everneath. What on Earth could have happened?!