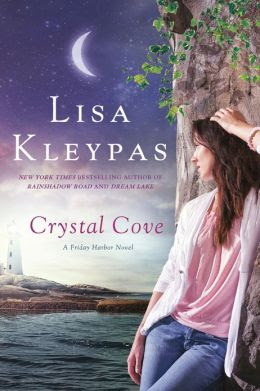 Justine Hoffman has made a comfortable life for herself on the island of Friday Harbor. She is the proprietor of a successful boutique hotel, and she has the safe, predictable life she has always wanted. Growing up with her flighty, nomadic mother, Marigold, has instilled in her a deep longing for stability. But in spite of everything Justine has achieved, there is still something missing. Love. And after years of waiting and dreaming, she is willing to do whatever it takes to change her destiny.
What Justine soon discovers is that someone cast a spell on her when she was born, with the result that she will never find her soul mate. Determined to change her fate, Justine finds a way to break the enchantment, never dreaming of the dangerous complications that will follow.
And when Justine meets the mysterious Jason Black, she accidentally unleashes a storm of desire and danger that threaten everything she holds dear…because Jason has secrets of his own, and he wants more from her than fate will ever allow.

First Sentence: It was a safe bet, Justine Hoffman thought glumly, that after ninety-nine failed love spells, the hundredth wasn’t going to work any better than the rest.

Let me start with this: I absolutely love, love, love Lisa Kleypas’ books. Seriously, I’m addicted. So when I won Crystal Cove, the last book (I’m not really sure if it’s the last book yet) in Lisa Kleypas’ Friday Harbor series from a goodreads First Reads giveaway, I was so happy that I was jumping up and down.

The last book in the Friday Harbor series, Dream Lake, left off when Duane and Justine had broken up, which I just couldn’t understand. It was obvious Duane was scared of Justine and that made me anxious to find out, why? What did she do to him that was so horrible that caused a biker guy to be so afraid of her? With that in mind, I started reading Crystal Cove for some answers. Thank goodness I got them.

A major problem for me was the back of the ARC where it had a summary of Crystal Cove. In the ARC’s summary, there was a major spoiler, but I didn’t know that at the time, so I read it. When I read through one-third of Crystal Cove, I realized that the summary of the ARC contained a major spoiler, and it pretty much ruined the whole first half of the book’s mystery for me. (The summary I’m using for this review is the one I got from goodreads, spoiler-free, thank goodness.)

The romance between Justine and Jason is hard to describe. It was insta-love, but not really. Jason fell in love with Justine at first sight. He could easily get any women he ever wanted, which he has, but suddenly, for some strange reason, after he meets Justine, all he thinks about is her, even knowing the consequences of being with her. However, for Justine, before she fell for Jason, she wanted to get to know him first. Since one-half of their relationship is based on insta-love, I don’t know how to exactly describe it. There should seriously be a word to describe that scenario.

Crystal Cove is filled with dozens of beautiful memorable quotes about everything. There were times where I was tempted to just highlight them all instead of writing them down because there was a lot, and many of them were also pretty long.

A warning or note to others: unlike the other three books in the Friday Harbor series, Crystal Cove contains a lot of sex scenes, some described in detail. I was amused because sex was hardly mentioned in the other books in the series, but in Crystal Cove, it was talked about (and acted upon) a lot.

For those of you who never tried reading any of Lisa Kleypas’ books, go grab one of her many books off the shelves and read it! You won’t regret it. My personal preference are her historical romance novels, which I like a lot better than her modern romance novels. If you never tried anything of hers, then you are indeed missing out.

« Let’s Speculate: What Makes You Follow A Blog?
Stacking the Shelves [16] »