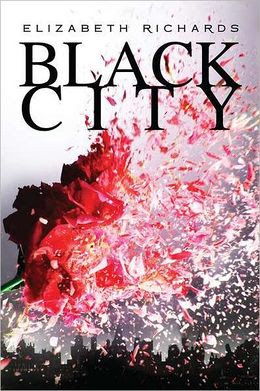 In the aftermath of a brutal and bloody war, in the still-smoldering Black City, sixteen-year-olds Natalie Buchanan and Ash Fisher do the unthinkable – they fall in love. Natalie, a human and the daughter of a government official, is still reeling from her father’s murder by a crazed Darkling, upending her entire life. So how can she now be falling for Ash, a brooding half-blood Darkling boy? Natalie’s heart betrays everything she’s ever believed with one magnetic beat, forcing her to choose between her family and the boy she loves.
Ash tries desperately to deny his feelings for Natalie. She is a Sentry brat, after all. The very Sentry who would love nothing more than to see all Darklings totally eradicated from the United Sentry States. For now, they’ve settled for banishing all Darklings to the wrong side of a ghetto wall. Despite being half-human and being allowed to live on the human side, Ash is still scorned everywhere he goes, always wondering what it would be like on the other side of the wall with his own kind. Then Natalie steps into his life, a calming force, and he, too, has to choose. But choosing Natalie could get them both killed.
A page-turning and passionate romance set in a mesmerizing and perilous world, Black City is a rich, atmospheric read not to be missed.

First Sentence: An air-raid siren wails in the distance, alerting Black City citizens to lock their doors and turn out the lights.

I feel like Black City deserves a rating of three, but a very low three. Don’t look at my rating and think oh no, Black City doesn’t look like it’s a good book, I’m going to stay far away from it. Black City is not a bad book. Trust me. It just mainly focuses on the romance for a huge majority of the book with the cheesiest eye-rolling lines ever, and I’m not into the cheesy stuff. Don’t get me wrong, I like romance in books, but for a majority of the book to be focused on a relationship based on insta-love just makes me want to barf. The beginning of Black City was fantastic; we learn about the world and how the society of Black City works. However, as I read on, it was quite obvious that the book was focusing more on the romance and less on the action and mystery part of the book.

I’ll start with the good things first. I love the world Elizabeth Richards built in Black City. She somehow made me want to learn more about the world of Black City and how everything works in its society. Every time she inserts something new in her book, I read it carefully, interpreting it into the visual image I have of Black City and seeing how it’s different from our world as it is now. However, the one question I want to ask Elizabeth Richards that was never answered in Black City is have the Darklings exist with humans all along without humans knowing they exist or did something major happen to create the Darklings?

I also enjoyed reading and learning about Elizabeth Richards’ version of vampires, or in her case, Darklings. There are many different species of Darklings (who would have thought?) including Darklings with wings and white hair, all with their own unique names. For example, Ash’s species, twin-bloods, has hair that move and can sense blood. Twin-bloods can also mark humans as mine to feed off of with The Sight. Can you honestly say that you’ve read about similar vampires in other vampire paranormal books? I don’t think so.

As I’ve mentioned before, the one thing I can’t stand about Black City is the insta-love between Natalie and Ash, especially under their unique circumstances. Natalie is the Emissary’s daughter while Ash is a Darkling. They are basically forbidden from ever being together. For Ash to easily put aside the fact that the Emissary hunts Darklings like him and that Natalie is related to the Emissary because of the “love” he feels for Natalie just doesn’t work well with me. Besides, how much “sparks” can they feel every time they touch each other? I expected them to be fried each time they mentioned that they felt a “spark” when touching one another.

Another issue that bothers me in Black City is the love triangle between Ash, Natalie, and Evangeline (who doesn’t really show up until halfway through the book), which wasn’t needed the first place since it’s so obvious who Ash would pick in the end. (Hello, Black City is told from two points of views: Ash and Natalie.) But goodness, that plot twist that happened (you’ll know which part I’m talking about when you read it), it gave me second thoughts on the entire love triangle. However, two pages later, the feeling that plot twist gave me was ruined; I was just shaking my head so hard in disgust for Ash.

Overall, I’ll only recommend Black City to people who don’t mind very cheesy romance books with some action mixed in. I don’t know if I’ll be reading the next book in the series, Phoenix, but boy, Elizabeth Richards’ Black City series have the best looking covers ever.