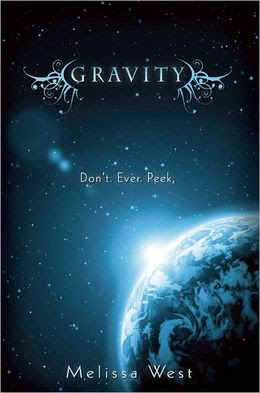 In the future, only one rule will matter:
Don’t. Ever. Peek.
Seventeen-year-old Ari Alexander just broke that rule and saw the last person she expected hovering above her bed — arrogant Jackson Locke, the most popular boy in her school. She expects instant execution or some kind of freak alien punishment, but instead, Jackson issues a challenge: help him, or everyone on Earth will die.
Ari knows she should report him, but everything about Jackson makes her question what she’s been taught about his kind. And against her instincts, she’s falling for him. But Ari isn’t just any girl, and Jackson wants more than her attention. She’s a military legacy who’s been trained by her father and exposed to war strategies and societal information no one can know — especially an alien spy, like Jackson. Giving Jackson the information he needs will betray her father and her country, but keeping silent will start a war.

First Sentence: The T-screen in our family room crackles just before President Cartier fills the screen.

Gravity is probably the book that took me the longest time to read so far this year for several main reasons. When I first saw Gravity on goodreads, I just knew I had to get my hands on it immediately. The cover of Gravity was simple, but breathtaking, which immediately caught my attention. Gravity is also focused on aliens and there is only one other young adult book that I could think of that also focuses on aliens: the Lux series by Jennifer L. Armentrout, which is also published by Entangled Teen. I could only hope that the inside of Gravity was as good as the outside of the book. To my disappointment, it wasn’t.

The first problem I had with Gravity was the main character herself, Ari. She was just too naive and trusting to be the Commander’s daughter. Ari constantly puts her trust in Jackson, even though she had her own suspicions that something was just not right about the whole thing, but put her trust in him anyway. There were also plenty of warning signs against him, but she just ignored them. It made me sick every time Ari listened and confided in him. Jackson kept pushing and pushing – and Ari just takes it. She trusts someone she barely knows (“knowing” someone for seven years, but never talking to them except for two times in the past doesn’t count as “knowing” someone) over her dad and gives away secrets that could be used to ruin human lives. Let’s just say that I wasn’t surprised at all when she found out the cold hard truth.

Jackson is a total ass. He runs hot and cold and constantly keeps things away from Ari (warning sign #1). Jackson also avoids answering Ari’s pondering questions (warning sign #2) and constantly puts pressure on Ari to find out the truth (warning sign #3). Jackson is also not honest with her. (Hello Ari, how can you still trust him with all these warning signs screaming out at you?!) It was fairly obvious that something fishy was going on with Jackson, especially at the end of Gravity.

The pacing in Gravity is also pretty horrible. It’s tedious and gets really repetitive – Ari trains, goes to school, sneaks off somewhere with Jackson, asks the same questions – and the whole cycle begins all over again for about a hundred pages in the book. Sometimes new things popped up that surprised me and caught my interest, but then the pacing of Gravity became dreadfully slow again and made me want to give up on the book.

(Warning: Skip this paragraph if you don’t want minor spoilers of Gravity.) Gravity is also pretty cliche if you compared it to other young adult books. In Gravity, aliens, who are also called Ancients, are supposed to co-exist with humans after they signed a treaty, but the humans don’t want to co-exist with the Ancients. Hence, secret labs are made to study Ancients so us humans could discover how to kill them. This whole situation reminded me of the vampire situation Natalie had in Black City by Elizabeth Richards – both Natalie and Ari are in positions of power, but they both could do nothing to stop the secret labs from doing their horrible experiments. Reading the lab scenes of Gravity was like re-reading the lab scenes of Black City and other young adult books who has this theme all over again.

Overall, I’m not impressed with Gravity. In fact, I can already picture exactly what will happen in the sequel, Hover. (I may take a peek in Hover when it comes out to see if I’m right.) I guess this is another incident where you just don’t judge a book by its cover.