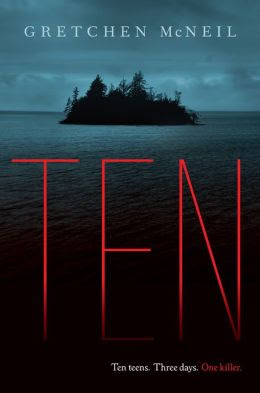 SHHHH!
Don’t spread the word!
Three-day weekend. Party at White Rock House on Henry Island.
You do NOT want to miss it.
It was supposed to be the weekend of their lives – three days on Henry Island at an exclusive house party. Best friends Meg and Minnie each have their reasons for being there, which involve their school’s most eligible bachelor, T.J. Fletcher, and look forward to three glorious days of boys, bonding, and fun-filled luxury.
But what they expect is definitely not what they get, and what starts out as fun turns dark and twisted after the discovery of a DVD with a sinister message: Vengeance is mine.
Suddenly, people are dying, and with a storm raging outside, the teens are cut off from the outside world. No electricity, no phones, no internet, and a ferry that isn’t scheduled to return for three days. As the deaths become more violent and the teens turn on each other, can Meg find the killer before more people die? Or is the killer closer to her than she could ever imagine?

I’ll be honest – I was definitely not expecting to like Ten. The dark gothic cover looked like it tried a little bit too hard to be creepy and the excerpt on the back of the book just failed at catching my attention and giving me the chills. I was diving into Ten with low expectations, but in the end, I’m so glad I gave it a try.

I love reading horror books. I love the chills I get, the way the suspense in the book constantly puts me on edge, and the mystery of it all, but the only problem is, the author has to write really well to make me feel all those things. If the author misses a single element, then that book pretty much fails to catch my interest. In the end, Ten, in my opinion, is not really a horror novel, but more like a book that just has murder in it. Nothing in Ten was truly scary (according to my standards).

However, even with the lack of the horror Ten made me feel, the mystery and suspense in Ten was done really well and just drew me right in. Right from the beginning, I was drawing my own conclusions on who the killer might be, trying to gather and analyze the smallest hints of clues, and going through all the different possible scenarios in my head. Ten basically had me going crazy and second-guessing who the killer was. In the end, when the killer was revealed, all I could think was oh my goodness, how could I not have thought of that? How did something so simple pass by me without realizing it?

The one character I immediately disliked right from the beginning was Minnie, Meg’s best friend. Ten is told from Meg’s point-of-view and it’s just amazing how much Meg could put up with. Meg gave up so much for Minnie, and in return, Minnie just lied, cheated, and kept so many things from her. Not to mention, Minnie didn’t have any respect for Meg’s privacy. I know Minnie is bipolar, but the way she treats Meg is still not right. When Minnie was acting like a psycho near the end (because she doesn’t have her medication), all I could think of was Meg, how can you deal with her?!

I have to give major points to Ten for not being one of those books where you watch the main character make stupid decisions and realizing how everything falls into place long after you did. No, Meg is bright (I won’t necessarily call her smart) and puts together the clues she found about the same time I did (although I can’t really blame her for being a bit slow under her dire circumstances).

Want a creepy atmospheric novel that will keep you on edge and keep you guessing? Then try Ten! Looking specifically for something that will scare you, give you the chills and maybe some nightmares? Then Ten is probably not the book for you.