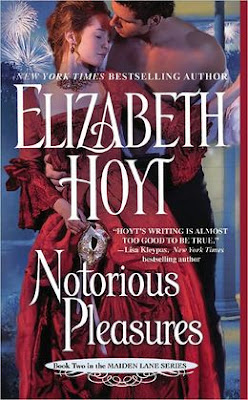 Their lives were perfect…
Lady Hero Batten, the beautiful sister of the Duke of Wakefield, has everything a woman could want, including the perfect fiancé. True, the Marquis of Mandeville is a trifle dull and has no sense of humor, but that doesn’t bother Hero. Until she meets his notorious brother…
Until they met each other.
Griffin Remmington, Lord Reading, is far from perfect – and he likes it that way. How he spends his days is a mystery, but all of London knows he engages in the worst sorts of drunken revelry at night. Hero takes an instant dislike to him, and Griffin thinks that Hero, with her charities and faultless manners, is much too impeccable for society, let alone his brother. Yet their near-constant battle of wits soon sparks desire – desire that causes their carefully constructed worlds to come tumbling down. As Hero’s wedding nears, and Griffin’s enemies lay plans to end their dreams forever, can two imperfect people find perfect true love?

First Sentence: The daughter of a duke learns early in life the proper etiquette for nearly everything.

I am so extremely disappointed with Elizabeth Hoyt’s Notorious Pleasures. What an excellent idea she had – making an engaged lady fall in love with her fiance’s younger rakish brother. Imagine all the drama and scandals that can come out of that situation! Elizabeth Hoyt could have done so many things with her idea, but instead, her book managed to bore me to tears.

The beginning of Notorious Pleasures was perfect, especially the scene with how Griffin and Hero first met without knowing each other’s identities. I could feel their chemistry just leaking from the page. However, things rapidly spiraled downhill from there when they found out who the other person was in the next chapter. From then on, Notorious Pleasures bored me to tears.

I didn’t get the sense that Hero and Griffin’s relationship developed after their first fateful meeting. They have the best [awkward] first meeting ever that I’ve read in any book and then talk about simple things when they meet up later. Suddenly, Griffin, who was a rake and who could get any women he wants, only focuses and obsesses over Hero, and Hero only. Hero is only attracted to Griffin for his looks. After I finished reading Notorious Pleasures, I feel like I’m just missing a big part of their story, simply wondering how did they exactly fall in love with one another.

Lady Hero just makes me want to grab her my the shoulder and shake her up and down. I don’t get why she refuses to admit that she loves Griffin for so long after his countless confessions to her, and then suddenly tells him that she loves him in the middle of a knife-fight to the death. What?! And to make matters worse, she wouldn’t tell him she loves him, but continues to lie in bed with him. Oh Lady Hero, I don’t know what’s going on in your mind even though some chapters are written in your point of view.

The only reason why I’m glad to read Notorious Pleasures is because Silence’s story is finally next! That ending, even though I kind of expected it, makes me want to read her story even more! (And she’s paired up with Mickey O’Connor like I wished! Yay!)