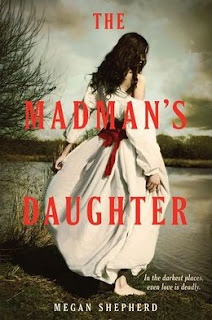 In the darkest places, even love is deadly.
Sixteen-year-old Juliet Moreau has built a life for herself in London – working as a maid, attending church on Sundays, and trying not to think about the scandal that ruined her life. After all, no one ever proved the rumors about her father’s gruesome experiments. But when she learns he is alive and continuing his work on a remote tropical island, she is determined to find out if the accusations are true.
Accompanied by her father’s handsome young assistant, Montgomery, and an enigmatic castaway, Edwar – both of whom she is deeply drawn to – Juliet travels to the island, only to discover the depths of her father’s madness: He has experimented on animals so that they resemble, speak, and behave as humans. And worse, one of the creatures has turned violent and is killing the island’s inhabitants. Torn between horror and scientific curiosity, Juliet knows she must end her father’s dangerous experiments and escape her jungle prison before it’s too late. Yet as the island falls into chaos, she discovers the extent of her father’s genius – and madness – in her own blood.
Inspired by H. G. Wells’s classic The Island of Dr. Moreau, The Madman’s Daughter is a dark and breathless Gothic thriller about the secrets we’ll do anything to know and the truths we’ll go to any lengths to protect.

First Sentence: The basement hallways in King’s College of Medical Research were dark, even in the daytime.

I think it’s fairly safe to say that I liked absolutely no one in The Madman’s Daughter except for Juliet’s father’s creations. I liked Juliet well enough in the beginning, but as I read on, I disliked her more and more. Juliet is so judgemental and selfish. It isn’t like the island’s natives want their deformities the first place. It’s not their fault they are like that. I’ll understand if Juliet complains about their deformities once or twice or even three times, but to do it repetitively just drives me nuts. Give them a break girl. Juliet also expects one guy to gamble his life for the other guy in the love triangle, not feeling guilty at all when he calls her on it.

Montgomery is a coward, and quite possible, a liar. No, scratch that, he is a liar. For a guy who claims that he isn’t Juliet’s father’s servant anymore, he sure doesn’t act like it. And for him to do something else that contradicts the claim that he loved Juliet all along? Just, no.

And Edward. Oh my god. His behavior just makes me so mad. “If you help me.” (page 400) [Edward says this.] I can’t give you the rest of the quote because then it’ll be a huge spoiler, but Edward is basically saying that he wants Juliet to stay with him his whole life and help him. Excuse me Edward, but the last time I checked, Juliet wasn’t your slave. Care to explain?

One thing that frustrated me to no end in The Madman’s Daughter that I wrote tons of notes complaining about is Juliet’s father’s behavior. No, I’m not talking about the times he’s a madman, I’m talking about how he treated his family. He expects Juliet to forget that he left her and her mother for ten years and dares to say he wants to complete his “fatherly duties.” Excuse me sir, but your “fatherly duties” was to take care of your wife and daughter, not leave them for the dead until one of them comes seeking you.

Overall, I was expecting (yes, I know it’s never good to have expectations of any kind) to read a suspenseful, terrifying, horror story. I mean, with a title like The Madman’s Daughter, how can it be anything but not that? I’m sad to say that if I knew what The Madman’s Daughter would really be like before I started reading it, I would have skipped it altogether.

« Let’s Speculate: What Events/Things Makes You Not Want to Try A Book?
Stacking the Shelves [21] »