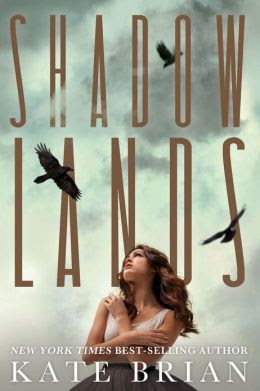 Rory Miller had one chance to fight back and she took it. Rory survived…and the serial killer who attacked her escaped. Now that the infamous Steven Nell is on the loose, Rory must enter the witness protection with her father and sister, Darcy, leaving their friends and family without so much as a goodbye.
Starting over in a new town with only each other is unimaginable for Rory and Darcy. They were inseparable as children, but now they can barely stand each other. As the sisters settle in at Juniper Landing, a picturesque vacation island, it seems like their new home may be just the fresh start they need. They fall in with a group of beautiful, carefree teens and spend their days surfing, partying on the beach, and hiking into endless sunsets. But just as they’re starting to feel safe again, one of their new friends goes missing. Is it a coincidence? Or is the nightmare beginning all over again?
From the best-selling author of the Private and Privilege series comes a heart-stopping new trilogy about a girl who must pick up the pieces after the only life she’s ever known is taken from her.

Here’s what a book about a family running away from a serial killer and then put under witness protection should make me feel: excited to learn more about witness protection, sitting on the edge of my seat due to all the suspense in the book, fanning myself because I can’t predict what would happen next but knowing it would be good, and gasping at the book in horror thinking oh my god [author], why did you write the book this way?! Here’s what I felt while I read Shadowlands: boredom, frustration, and sleepiness. I’ve read the entire series of Kate Brian’s Private and Privilege series so I know she can write breathtaking, suspenseful books, that just shock me to the core but Shadowlands isn’t like that at all. In fact, it’s quite the opposite.

First of all, let me discuss the book slogan: “She escaped a killer twice – but will the third time be the charm?” That slogan doesn’t make sense – Rory escapes the killer once during the beginning of the book (and not counting the end), so I don’t know where they got the word “twice” from.

The first eighty percent of Shadowlands is full of boy drama, sister drama, parent drama, and Rory thinking that the serial killer, Steven Nell, is lurking around everywhere stalking her. There was just so much drama going on that the small two page chapters that gives readers a glimpse into the serial killer’s mind was boring to read. All I cared about was finishing Shadowlands so I could focus on reading a better book.

Shadowlands is told from Rory’s perspective, but I didn’t really connect with her. (You’ll think I would, especially after she was attacked by a serial killer right?) Rory was too clueless. I didn’t know what was going on either, but at least I knew that something majorly suspicious was still going on and not dismissing it like how Rory did after she got a half-ass explanation. Too many things just didn’t add up. Rory also needs to stand up for herself more and stop being a complete pushover.

The ending of Shadowlands can leave people either a) shocked or b) confused. It left me feeling so confused. I was like huh – how does this even make sense? How does this all add up? Maybe I’ll find out everything in the sequel, but as for now, I feel that Kate Brian put it all in there just to shock us out of our minds (she did it successfully in the Privilege series, but it didn’t work for me in Shadowlands).

I doubt I’ll be reading the sequel of Shadowlands any time soon. Don’t get me wrong, the cover is fantastically pretty, which is why I bought it as soon as I saw it on the shelf (my mistake), but the story itself just didn’t live up to the cover. I’m sad to say this since I love Kate Brian’s other books so much, but skip Shadowlands. You’ll be better off without it.

« Let’s Speculate: What Do You Want Or Don’t Want To See In Book Reviews?
Monthly Wrap Up: January 2013 »