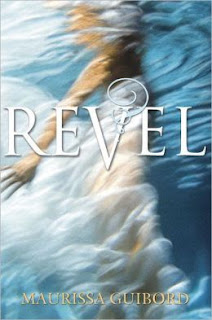 There’s an island off the coast of Maine that’s not on any modern map.
Shrouded in mist and protected by a deadly reef, Trespass Island is home to a community of people who guard the island and its secrets from outsiders. Seventeen-year-old Delia grew up in Kansas, but has come here in search of her family and answers to her questions: Why didn’t her mother ever talk about Trespass Island? Why did she fear the open water? But Delia’s not welcome and soon finds herself enmeshed in a frightening and supernatural world where ancient Greek symbols adorn the buildings and secret ceremonies take place on the beach at night.
Sean Gunn, a handsome young lobsterman, befriends Delia and seems willing to risk his life to protect her. But it’s Jax, the coldly elusive young man she meets at the water’s edge, who finally makes Delia understand the real dangers of life on the island. Delia is going to have to fight to survive. Because there are monsters here. And no one ever leaves Trespass alive.

First Sentence: Maybe I should have known from the beginning to stay away from Trespass Island.

I was first interested in Revel because of the cover. It looked so blue and mythical, if that’s even a word that can be used to describe a book cover. I just knew I had to read Revel as soon as I saw it, but I wasn’t really expecting much because I have never heard of the author, Maurissa Guibord before (she has an awesome name by the way). I am so glad I gave Revel a chance in the end. Revel totally surprised me – in a very good way.

Revel was a pretty predictable book for me (did I mention that I have some awesome skills where I can predict what would happen in books 85% of the time and end up being right?), but the way Maurissa Guibord executed the story still managed to capture and keep my attention. Revel managed to give me my predicted answers, but at the same time, made me ask even more questions. If only other predicable books could do that…

You know all those books with insta-love or where the main characters suddenly falls head-over-heels crazy in love in such a short time with no realistic rational explanation why? (I mean, come on, they only knew the guy for like two days.) Well, in Revel, Delia knew her love interest for such a short time, but she realizes that the feelings she has for him is some kind of a random, crazy impulse, not true love forever and ever and ever unlike all the other main characters in other young adult books. Then later Delia and her love interest get to know each other and get to slowly fall in love for real. Huge thumbs up for Delia. This girl actually has a brain.

I also love that Maurissa Guibord never ended Revel with a happily ever after, but a bittersweet kind-of happily ever after that left me with a wistful smile on my face. In fact, I was shocked to the core when I turned the page and saw that that indeed was the last page in the book. The book left off in a way that left so many things to my imagination. (I’ll admit it, I want some more solid answers.)

The only reason Revel didn’t get a full five stars from me is that a certain event that happened near the end of the book seemed a little too good to be true. I felt like Maurissa Guibord took the easy way out with it, sort-of, and I was looking forward to see what could have happened if she haven’t taken the easy way out.

Overall, seriously, pick Revel up and read it. One of the good things about it is Revel is not a series, but a standalone. That means no major cliffhanger that you would have to wait a year for to find out what happens next. Hopefully Revel will remain a standalone, unlike Splintered.